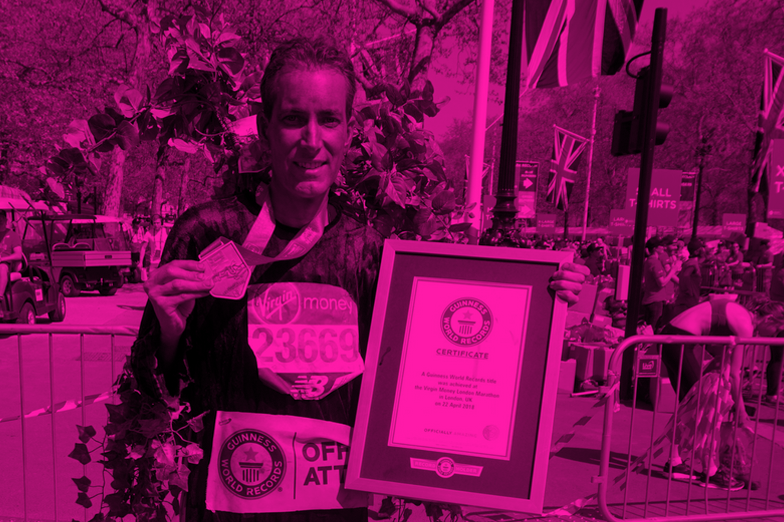 To raise additional funds and interest Tim was aiming to beat the Guinness World Record for fastest marathon dressed as a (money) tree. In what was a sweltering and tight race (with two rival trees vying for the record) we’re absolutely delighted that he is now not only the record holder but has helped to raise over £4,500 for The Money Charity.

Tim comments: “I was delighted to support the fantastic work of The Money Charity by running the London Marathon dressed as a money tree! Financial Wellness is an enormous problem in the UK so I’m immensely proud to lead Nudge in our mission to make money simpler. As partners, The Money Charity and Nudge are completely aligned on the need for independent and inclusive Financial Education as a means of tackling the Financial Wellness issue in the UK.”

Michelle Highman, Chief Executive of The Money Charity said: “This is the first time The Money Charity have had a runner in the London Marathon and we were delighted to support Tim’s challenge and to have the added excitement of the Guinness World Record attempt. Tim and the team at Nudge share our vision of improving the UK’s financial capability and raising money through initiatives such as this will enable us to help more people stay on top of their money, and live happier and more positive lives as a result.”

Support the important work The Money Charity undertake with children, young people and adults to improve their financial capability by donating to the Nudge Guinness World Record run.