Why is the financial wellbeing market poised to grow in Spain? 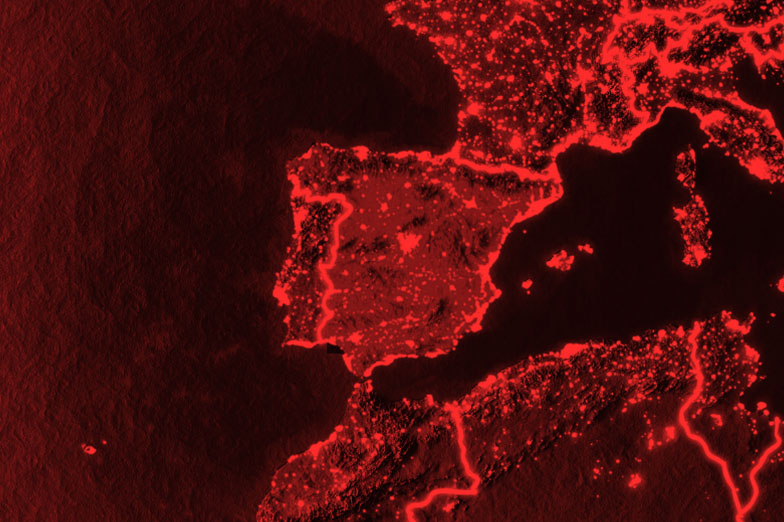 In Spain, there’s a growing conversation about the topic of ‘financial wellbeing’. Both financial institutions (such as banks) and employers are seeking to use financial education, as a means of boosting the financial wellbeing of their customers or employees. But why is the Financial Wellbeing market in Spain poised to grow?

Money problems are often linked to anxiety and can lead to poor mental health and stress-related absence, which in turn increase costs for employers, and lead to the risk of loan defaults for financial institutions.

Current economic conditions, including high levels of unemployment and low levels of pension saving, are amongst the issues most concerning Spanish employees, according to the last Centre for Sociological Studies (CIS) monthly opinion poll taken in November 2018. Other research points to more than 40% of the Spanish population worrying about not being able to meet their monthly expenses, as well as eldercare issues.

Whilst the concept of financial wellbeing in Spain is relatively new, in countries like the UK and USA, it’s well established. According to a survey conducted in 2018 by Nudge in the UK, 29.8% of employers already provide it, with a further 17.3% in the process of introducing support and 48.8% considering introducing it.

Based on our conversations with major Spanish employers and our experience of the rapid market development seen in the UK, we believe that around half of Spanish organisations will consider introducing services designed to improve the financial wellbeing of their employees in the next few years.

Factors Driving the Growth of the Financial Wellbeing Market in Spain

There are several factors fuelling the growing interest in the Financial Wellbeing market in Spain on the part of employers. We’ll explore these in brief and assess how creating a culture of financial wellbeing can help you deliver against your organisation’s broader strategic and people goals.

1) Spaniards fear their personal financial position will worsen in 2019

One of the biggest concerns for 70% of Spaniards remains their personal financial position, with c.15% of those concerned believing that their situation will worsen in 2019.

Helping employees to take better control of their personal finances will reduce their anxiety and allow them to begin planning how to achieve their financial goals. For some, this will mean saving for retirement or paying off their mortgage. For others, it may mean securing access to affordable finance, controlling their everyday spending, saving to have a child, or to buy a house.

As in much of mainland Europe, there is a state pension scheme in Spain funded via the Social Security system. An ageing population, combined with declining fertility, is putting increasing pressure on the scheme, with the World Bank predicting that half of Spain’s population will be older than 55 by the year 2050.

In January 2011, the government, employers and trade unions agreed on a series of unpopular reforms that will see an increase in the retirement age by 2 years from 65 to 67 years.

Whilst the maximum state pension income for 2019 amounts to 37,231.74 euros, most pensioners receive around 1,100 euros per month (or 15,400 euros per year). This means they must either significantly reduce their monthly outgoings in retirement or save into a private savings plans to enjoy a similar standard of living in retirement.

Private pension provision in Spain normally consist of individual pensions and collective pensions (divided into associative and company schemes), with approximately half of the population covered by one or both types.

Debate continues about the need to reform the private pension systems as has occurred in other countries such as the UK, New Zealand and Australia, auto-enrolling employees into compulsory pension systems to facilitate higher levels of employee saving and encouraging employers to match their contributions. Another particular area of concern is the need to raise awareness about the importance of retirement planning, especially for younger people.

3) Increase in the cost of health insurance

Although the price of health insurance in Spain is below the average of surrounding countries, it has increased considerably above the level of inflation (CPI) in the last decade, a trend which is expected to continue.

An ageing population, together with an increase in the occurrence of chronic diseases and above all significant technological advances lie behind the price increases.

With financial problems being one of the main causes of stress, and stress, in turn, a major trigger for wider mental and physical health problems, the most aware employers are focusing on creating global wellbeing programmes. These programmes seek to embrace all the elements of wellbeing, emphasising not only traditional aspects related to physical health issues, but also protecting the mental, financial, and social wellbeing of employees.

The financial crisis hit Spain harder than most countries. It’s meant that thousands of young people haven’t been able to get on the housing ladder due to a shortage of adequate housing supply, rising housing prices and the difficulty in accessing mortgages.

Housing prices have continued to rise over the past four years, stoking fears of another housing bubble. At the same time, rental prices have skyrocketed in large cities, with no sign of any government intervention to tackle the problem.

The picture for young people thinking of buying their first home looks bleak, largely down to the political uncertainty that exists at the moment. In fact, there are already some financial institutions warning their investors of the consequences that this uncertainty may bring.

Meanwhile, homeowners with existing mortgages have benefited from low interest rates, although it’s expected that rates could rise when the European Central Bank (ECB) withdraws its debt purchase programmes. Whilst any rate hike is likely to be gradual, there’s the potential risk of a domino effect, increasing the monthly payments for mortgage holders thereby further reducing their disposable income.

Low interest rates mean savers get low returns on their savings. Despite this, there are more and more savings products and new forms of investment available in the Spanish market, giving consumers a range of options to choose from. The savings ratio of Spanish households has dropped in recent years, reaching its lowest rate since 2008, far below other European countries.

Household debt also increased in 2018, now standing at its highest levels since November 2017, according to data from the Bank of Spain. This has meant that Spain is now ranked 11th in Europe for household debt, just below the UK, but above other major economies such as France and Germany.

The percentage of income that Spanish families have been using to pay down debts has fallen in recent years, mainly due to the monetary policy followed by the European Central Bank.

Inflation has remained relatively low and stable in the last 6 years. Whilst this has meant that retail prices haven’t risen, it has also dampened salary growth.

The lack of salary growth combined with a rise in housing and rental prices has put pressure on the incomes of those seeking to buy a home or in the rental market.

6) Globalisation of the economy and global mobility challenges

Spain has enjoyed economic growth above the European average in recent years, as well as significantly above the largest economies of the Eurozone according to statistics published by Eurostat.

This growth has prompted a rise in the number of international assignees posted to Spain. However, the picture for assignees is complex. Whilst Spain ranks highly for quality of life (2nd) it fares less well (27th) on economic conditions (HSBC Expat Explorer survey). This underlines the importance of employers adequately supporting the assimilation of employees arriving in Spain, and helping them manage the necessary transition in their personal finances.

Taken together all these factors highlight the need to provide financial education personalised to the individual needs of each employee, helping them to make better decisions and improve their own financial wellness. Employers who recognise the need and put in place an appropriate solution will reap the benefits of improved employee engagement and reduced stress and absence, giving them a key advantage in attracting and retaining talent.

This article is written by Simon Miller, who has over 20 years’ experience in financial journalism and is currently the Senior Financial Editor at nudge. US gives thanks for worsening data.

Looking to the future: Understanding pensions and how nudge can help

With rising cost of living, impending energy crises and other threats to our pockets, paying into our pensions feels like a priority far from the top of our personal finances list.

It’s time to talk about money

From retirement planning to holiday season budgeting, personal finance affects our closest relationships. It’s time we share the burden and turn to our family and friends to talk about money.